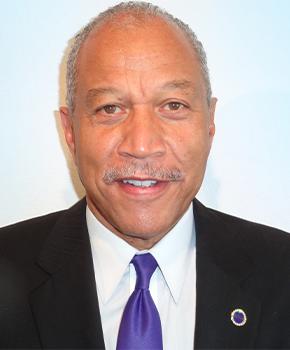 Bro. Michael Brown was initiated into the fraternity through Psi Gamma Chapter (Kent State University) in Spring 1970, graduating in 1974 before completing graduate studies at Indiana N. University in Fort Wayne in 1980. He has served in all roles at the chapter level and has been a chapter Omega Man of the Year, Superior Service and Founders’ Award winner.

He’s a retired regional sales manager for Timex Corp., and owner of Michael Brown Sales Corp., which specializes in food distribution to correctional and institutional facilities in California. He was baptized in the Church of Christ in 1993, where he continues to serve as a minister, leader, teacher, servant and trustee

Bro. Brown has been married to his wife Heidi since 2009 and has two sons, Michael and Bro. Marvis Brown (Phi Lambda, 2010).