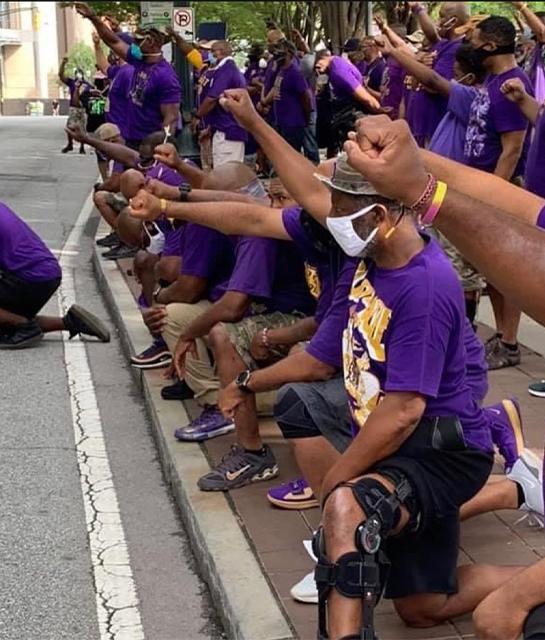 A BRIEF HISTORY OF THE 12th DISTRICT OF THE OMEGA PSI PHI FRATERNITY, INCORPORATED

In 1941, under the guidance of Grand Basileus Z. Alexander Looby, the 12th District was created, comprised of California and the rest of the Pacific Coast. The initial District Organizational Meeting was held in Oakland, CA with a gathering of forty (40) or so brothers.

The 12th District has seen many decades and has been there with the four Cardinal Principals of Manhood, Scholarship, Perseverance, and Uplift. The 12th District has been a beacon of light and aspiration for not only African Americans, but all people of color, with Omega Men leading the way on many levels.

The 12th District continued to grow through the years. Three chapters were chartered in the 50’s; Eight chapters in the 60’s; Fourteen chapters in the 70’s; and fifteen in the 80’s.

In 1994, Brother Dr. Joseph Marshall, Pi Chi Chapter, was awarded $250,000 for the prestigious McArthur Genius Award for his work with the Omega Boys Club. Also, Brother Calvin Goode of Phi Iota Chapter (Phoenix, AZ) had the honor of having a downtown federal building named after him.

In 1995, Tuskegee Airman Brother Lincoln Ragsdale of Phi Iota Chapter was posthumously honored with the Phoenix Sky Harbor executive air terminal named after him. Also that year, the 12th District hosted the first ever Pre-Conclave “Kick Off” in Los Angeles, CA

1996 saw the 12th District host the 69th Grand Conclave in Los Angeles, CA, with Brother Tony Collins, Zeta Rho Chapter, serving as Grand Marshal. It was eighteen years ago when the twenty-fourth 12th District Representative, Brother Ricky L. Lewis and Brothers of Tau Tau Chapter (Compton, CA), started the annual Youth Leadership Conference. In 2011, the conference had a record number of youths (more than 500), and their parents, attend, with the Brothers of Omega Psi Phi participating as presenters and mentors, including a special appearance by Brother Steve Harvey.

In 2009, Brother Charles C. Peevy, spearheaded the culmination of the establishment of the Ernest E. Just Youth and Community Services Foundation, Inc., a 501(c)(3) public charitable organization. Its primary function is to assist chapters in their mentorship activities.

In 2009, Brother Thomas McPhatter, the thirteenth 12th District Representative, of Phi Omicron Chapter, (San Diego, CA) joined Omega Chapter. As a Montford Point Marine, he saw action on Iwo Jima, and provided the pipe that was used as a staff to raise the flag of the USA; Phi Omicron also celebrated its’ 60th anniversary.

"HISTORY OF THE 12TH DISTRICT IS CURRENTLY BEING UPDATED"