The Greek Letter Societies among our group appear to have entered upon a period of mad competition for obtaining members. Pledgees are increasing in numbers. Scarcely a student on the college campus but wears a pledge pin or a Frat pin. Are the fraternities forgetting their original high standards? Can it be said that every man who enters college is of Fraternity material? If in any place, Omega has entered this mad race for members, pause and consider.

The value of our Fraternity is not in numbers, but in men, in real brotherhood. Eight men thoroughly immersed in the true Omega spirit are far greater assets than eighty with luke-warm enthusiasm. If any chapter has reached the maximum in numbers for efficient work and brotherly cooperation, let it initiate each year only a number of men equal to those leaving the chapter by way of graduation or otherwise.

Men, real men of Omega calibre, strive for that which is most difficult of attainment. Keep Omega the most difficult Greek letter Society in which to obtain membership and be assured that Omega material will never be found lacking. 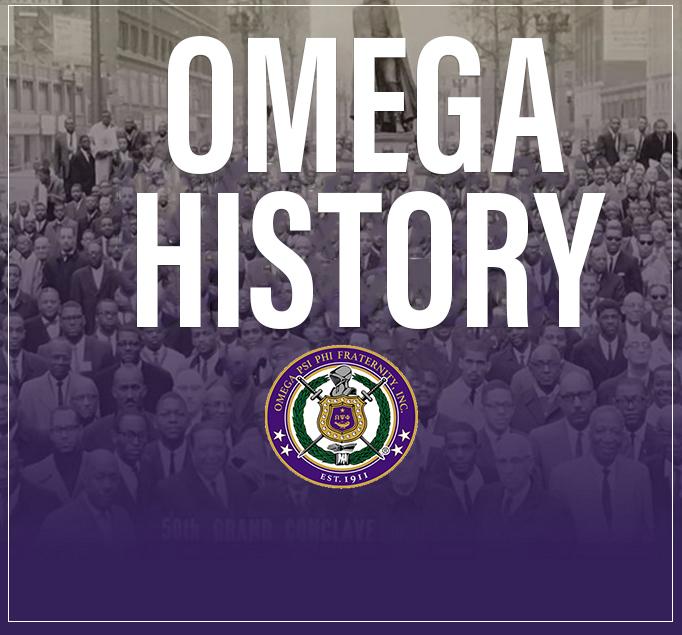 From the initials of the Greek phrase meaning, "FRIENDSHIP IS ESSENTIAL TO THE SOUL", the name Omega Psi Phi was derived. That phrase was selected as the motto.

Manhood, Scholarship, Perseverance, and Uplift were adopted as Cardinal Principles.