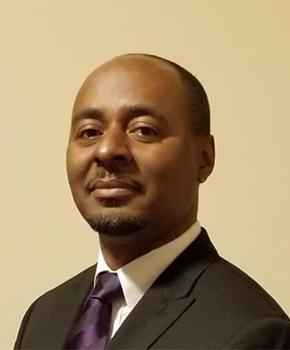 Brother Melvin Jones grew up in several locations across the East Coast including Virginia, D.C., and New York.

The first in his family to attend college, Brother Jones obtained his Bachelors of Science degree from Cornell University. As a junior, he joined the Omega Psi Phi Fraternity, Inc. in the fall of 1992.

Bro. Jones moved to Phoenix in June of 1998 (yes, there are some people foolish enough to move to Phoenix during the summer). Since that time, Melvin has held numerous leadership roles as a member of Phi Iota chapter, currently serving as the 76th District Marshal for the Twelfth District.

Melvin currently resides in Chandler, AZ with his beautiful wife Jewel and their two children, Loren and Dominic. He specializes in Change Management and co-founded IDEL Associates, a management consulting organization. He has partnered with a number of companies to drive successful enterprise-wide change initiatives.