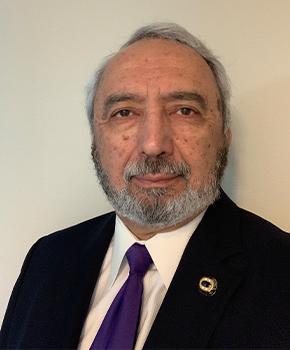 Bro. Martinez served as the 12th District 2nd Vice District Representative in 1979-1980. He attended the Grand Conclave in Denver, Summer 1979, and was a co-recipient of the Inaugural Undergraduate Omega Men of the Year Award in the same year.

Professions: Bro. Martinez was a career Law Enforcement professional with the California Highway Patrol from January 1980 through June 2009. His highest rank was Lieutenant (Area Commander of the Gold Run Area). His last duty station was the Santa Rosa Area where he retired from the CHP in June 2009.