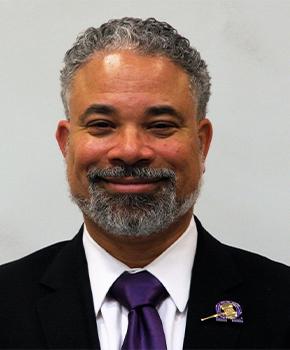 Bro. Nick Thompson was initiated to the fraternity through Omega Zeta Chapter, Duke University, in 1983. He graduated from Duke in 1987 with a B.S. Computer Science. He also has an M.S. in Business Leadership (2016) from Concordia College and is working on his Ed.D. (in progress) from Abilene Christian University.

Bro. Thompson is a Field Service Representative for a company that builds Uninterruptible Power Supplies (UPSs). He installs, commissions, maintains, and repairs UPSs at various customer sites throughout Southern California, with occasional travel to assist other areas throughout the USA.

His philosophy: You can do anything. Sometimes you need a little help.”.