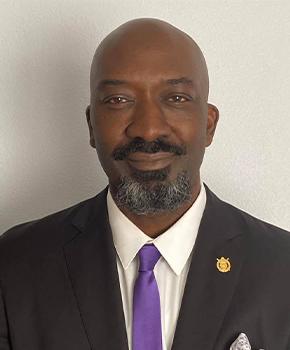 Fraternally, he has received the Founders Award and Superior Service Award (chapter and district) and proclamations from the City of Compton and State of California for Community Service.

He is a graduate of Lincoln University, Pa,, with a degree in political science, a husband of 21 years to his college sweetheart Nicole and father to their 15-year-old daughter Jazz.

People are Kwame's passion and human resources continues to be his vehicle to change the world. His other interests include the guitar, community service and professional mentoring.

His philosophy: “In everything you do you have to first be of service.